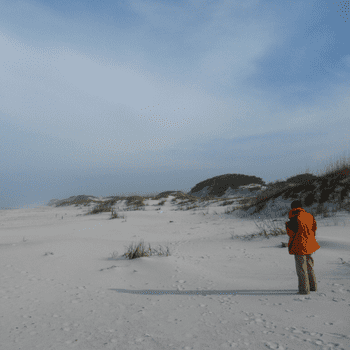 An obsessive type into all sorts of fermentation - starting out with home-brewed beer, but now mostly focused on food and makgeolli.

Do you have questions for Tommy?

Log in to ask Tommy questions publicly or anonymously.

Tommy
Fermentation Fanatic
Posted 29 days ago
After my last post, I realized that makgeolli seems very easy to make on a very small scale, so I might as well have some fun and try things. So, I did a quick unscientific experiment. There's a lot of half thought stuff that follows, but hey, maybe someone will get something out of it.

I started with 250g sweet rice, after soaking that was 338g. I made 4 small fermentation batches with 75 g each of the soaked rice. Each batch got 150g of additional water as well as 20g of a 25g nuruk/55g water mix. This should give about 245 g samples.

Then I prepared the rice in 4 different ways:
- Steamed - normal preparation, 40 minutes
- Porridge - coarsely ground soaked rice in a food processor, then poured boiling water over it
- Immersion - put rice in the water and brought it to boil in the microwave
- Parboiled - put rice and water in a larger pot of water brought to about 150F, then let it stand for a couple hours. Why parboiled? It's cooked below the starch gelatinization temperature.

Popped it on my balcony which was nice and chilly for the first few days of fermentation, gave it a bit of a swirl twice a day for a week, then let it coast for another week. Unfortunately, a heat wave hit at the end of the fermentation, and things got a little out of hand, and I found pellicles growing, which surprised the heck out of me. I hadn't seen pellicles mentioned in any makgeolli resources before. Pichia and LAB both build pellicles, so perhaps I shouldn't be too surprised. All four batches smelled so off I couldn't bring myself to taste them. But still, something happened and maybe we can still learn something! Results:

So, what can we conclude from this? The immersion method seemed to ferment the fastest and most completely with the porridge right behind it. I find it interesting that while the immersion method seemed to free up more starch to be turned into fermentable sugars, but I'm guessing that the porridge got through the sugars faster because there was no pellicle formation at all. The parboiled batch did absolutely nothing at all and smelled by far the worst.

Am I going to change any thing I do because of this little experiment? Well, temperature control is obviously hammered home as an even more important factor, but that's already well known. I have a greater appreciation for stirring the fermentation. I also still want to play around with parboiling rice - seems like it might do something interesting in small portions and very well controlled environment. 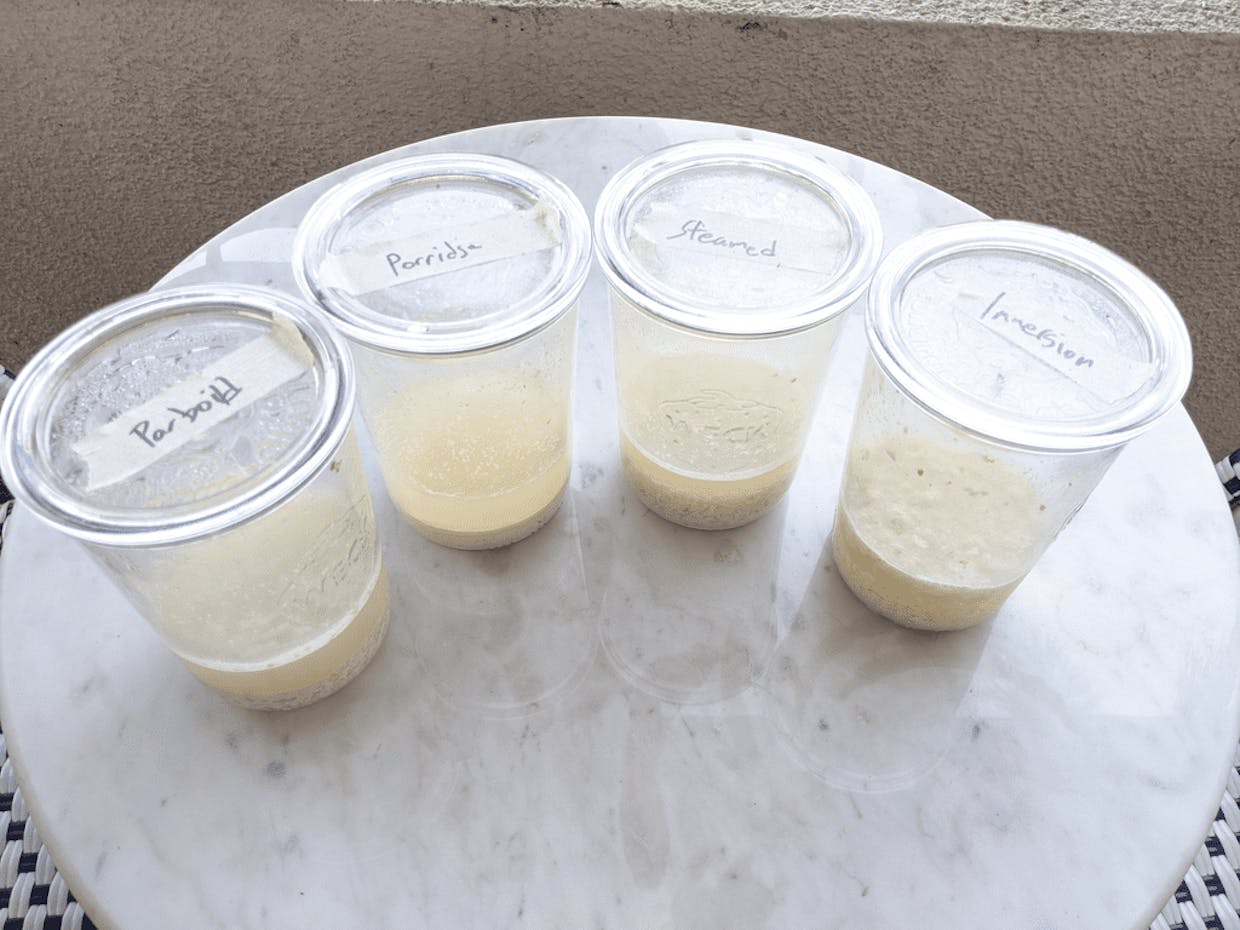 Liked by Nayan Gowda and 2 others

Tommy
Fermentation Fanatic
Posted last month
Kind of a long shot, but does anyone have familiarity making the straw for nuruk? I just harvested a small plot of buckwheat and figure I might as well try to use that to make nuruk, but I'm not entirely certain if any special steps are taken to foster mold growth on the straw. Right now I'm letting the stalks dry out a bit more (but not even sure that's necessary/a good idea). Anyone got ideas?

Along the same lines, anyone tried using buckwheat for nuruk?
5 comments

Liked by Julia Mellor and 3 others

Have some makgeolli and go for a run! Then go learn something; this study claims you'll be better at it. (Honestly the numbers don't seem that convincing, IMO, but it's a kinda interesting read.)

Takju is a Korean alcoholic beverage made from rice, and is brewed with the yeast Saccharomyces cerevisiae. This study was conducted to evaluate the effects of exercise training and moderate Takju ...

Tommy
Fermentation Fanatic
Posted 2 months ago
Got a samyangju going. Normally I just do iyangju, but this time I wanted to see what an extra addition brought.

As I worked on the third addition, I came back to a question I've had a couple times: what are we looking for out of prepared brewing rice? (Note that all that follows is the ravings of an armchair brewing chemist. Do not assume I actually know what I am talking about; I'm hoping someone here will correct me/interject their competing thoughts on any number of things below.) I like to decompose the brewing process in my head, so here's what I think we're going for:

2) Hydrated - this totally makes sense. Higher water activity means nutrients are made available to microbes. If the rice is put in uncooked, it has an exceptionally low water activity at the center of the kernel which locks away the goodness. This makes sense why we soak rice pre-cooking to jump start hydration, but why bother straining? Hunch: drying will take more free starch out of the kernel, which results in greater porosity, allowing for quicker/more even water uptake during the cooking process. That said, why shoot for an "al dente" texture? Hunch #2: we do want some starch to be locked away - this slow release helps encourage parallel fermentation. (This would seem to be kinda the point of multi stage starch addition though.)
2b) I was time crunched on the third addition, so I totally did an immersion cooking method. I had the harebrained idea to try to use the "pasta" cooking method (cook in lots of water) in hopes that would reduce gelatinization by allowing surface starch to be washed away with the excess water. Then, because I was in a rush, I rinsed the rice afterwards (which cooled things quickly and also hopefully reduced the sticky gelatinized portion). This rice is insanely hydrated. Coarse recollection: the steamed rice takes on less than doubles in mass during cooking, this stuff took on 200% water weight. Kinda threw off my intended starch:water ratio in my batch, but good learning experience.

3) Minimal gelatinization(?) - I think this is the key that hasn't been made explicit to me. Steamed rice seems to not gelatinize on the surface, where as immersion cooking methods do. What does having gelatinized starch mean for the fermentation process though? Once gelatinized starch cools, it takes on a crystaline structure (retrogradation). As we've all seen, amylose forms a thick gel when gelatinized, but eventually becomes rock hard. My bet is that this makes starch less accessible to microbes and definitely locks away water - reducing brewing efficiency (in the sense that we cannot extract more liqour during straining because some proportion is locked inside that crystalline structure).
3b) Also, I wonder if portions of the structure break off and remain in solution after filtering (resulting in a hazier cheongju). Might sorta mimic what happens in wheat beers where the proteins stay in solution because they are "sticky" to the water. Gelatinized amylose has a strong hydrogen bonds, so maybe we get lots of really small crystals throughout the solution that don't fall out.

Are there any other facets that we're trying to control? Naturally I'm thinking about refactoring the rice cooking process - can we do a long, low temperature to maximize hydration (rice gelatinizes at ~70C)? Would totally uncooked coarse flour eventually break down and result in a very slow fermentation?

A lot of above is pure conjecture from limited newbie observation. Please let me know your two cents. Also, attached is a picture of my makgeolli after addition #3! Also find a link to my workbook here: https://docs.google.com/spreadsheets/d/1QMIflQCvinHzBNTYDMMkpdjeaz-xya0WOCpzjTlKwzA/edit?usp=sharing 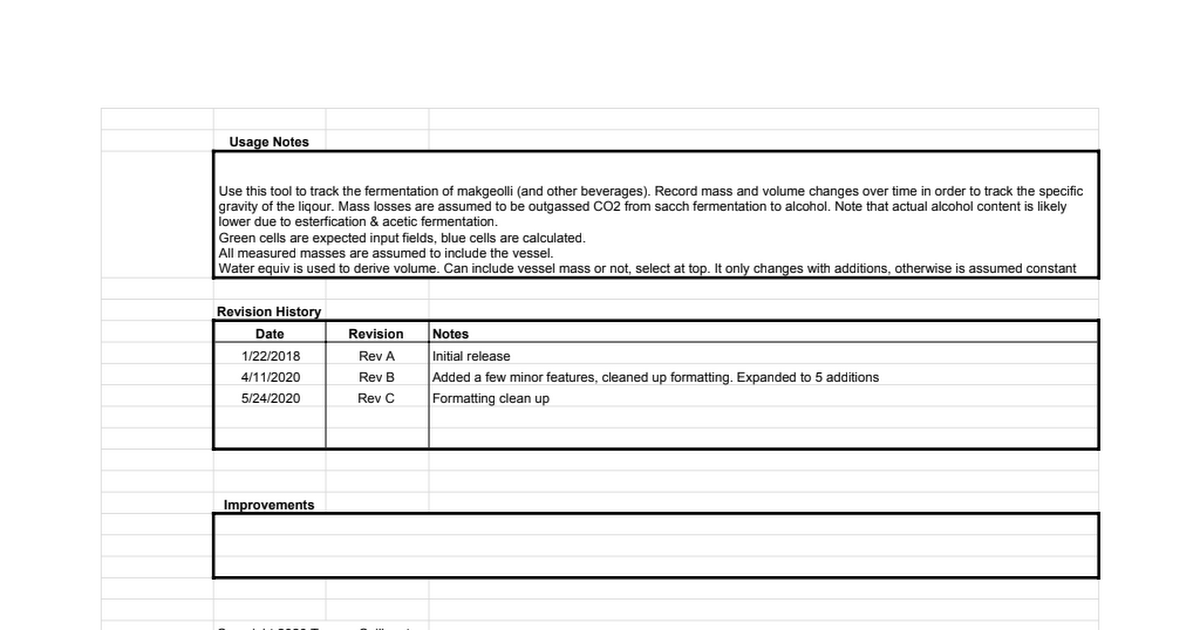 Notes Usage Notes Use this tool to track the fermentation of makgeolli (and other beverages). Record mass and volume changes over time in order to track the specific gravity of the liqour. Mass l... 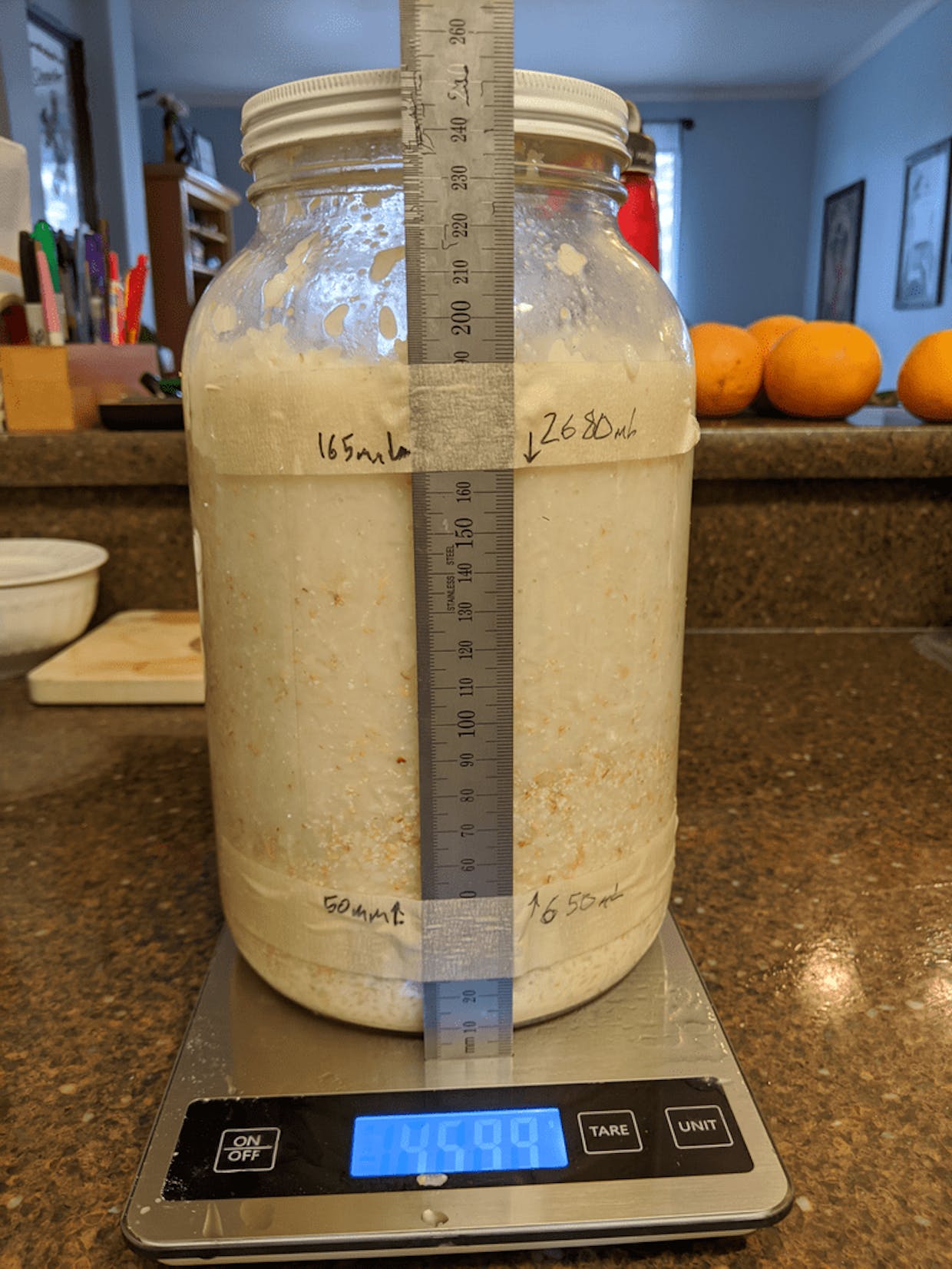 Liked by Peter Ryan and 8 others