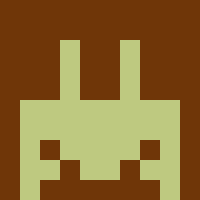 Do you have questions for Potter Palmer?

Log in to ask Potter Palmer questions publicly or anonymously.

Potter Palmer
Posted 19 days ago
I have a nuruk+yeast vs nuruk-alone Danyangju brew-off going. My nuruk is the HMart-supplied Wang brand. Details in my What's Brewing post (which I can't seem to link....).
2 comments

Liked by Matthew and 1 other

Potter Palmer
Posted 19 days ago
Matthew and I seem to be following the same muse. I started two 1kg Primer Danyangus on Sunday 6/21, one using nuruk+yeast and one nuruk only. All previous batches have used nuruk+yeast. First pic: +yeast on the left (foamy and active), nuruk only on the right (sedate). Next pic: 12 hours later -- nuruk only on left (worryingly quiet) and +yeast on right (joyfully bubbling). Last pic: Day 2, nuruk only on left (actively bubbling with layer structure, heartily tart tasting with some sweetness) and +yeast on right(also active with different layer structure, predominantly and typically sweet with some tartness). 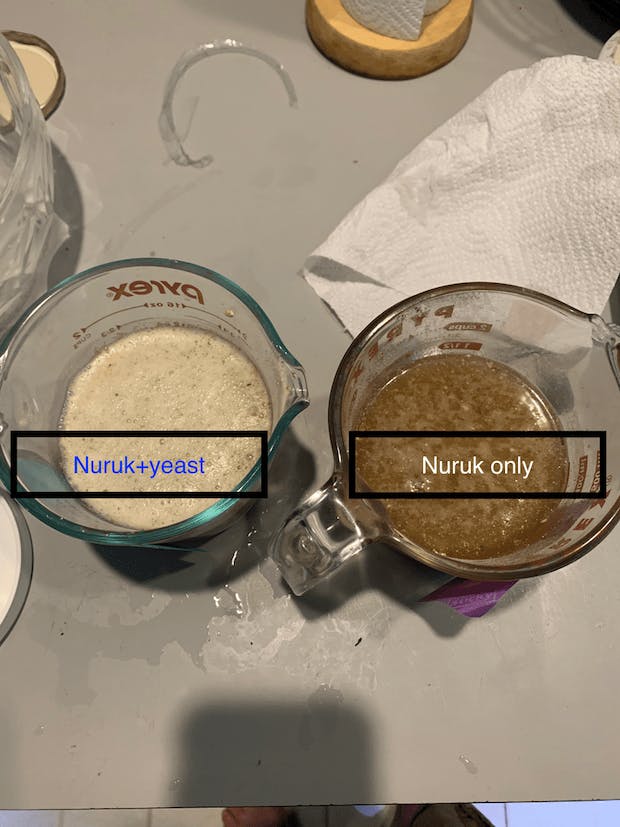 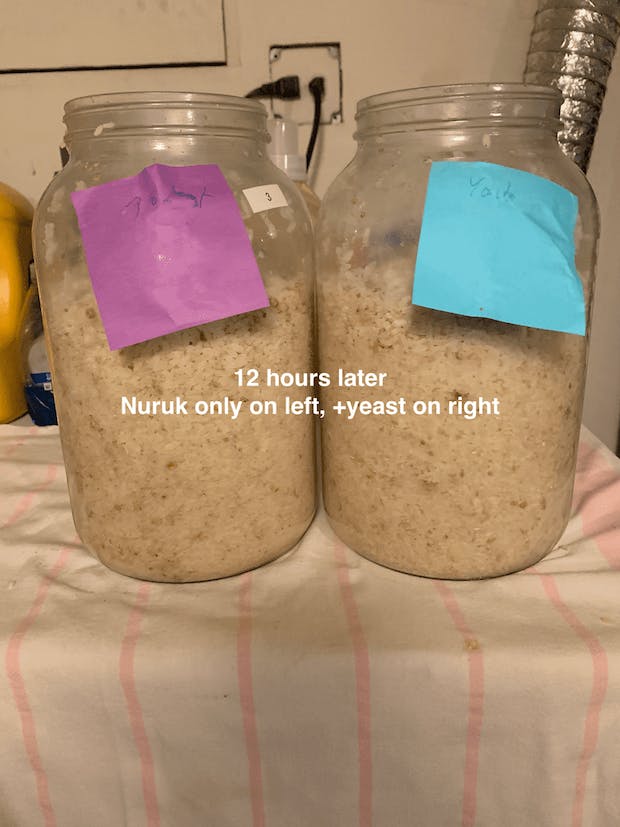 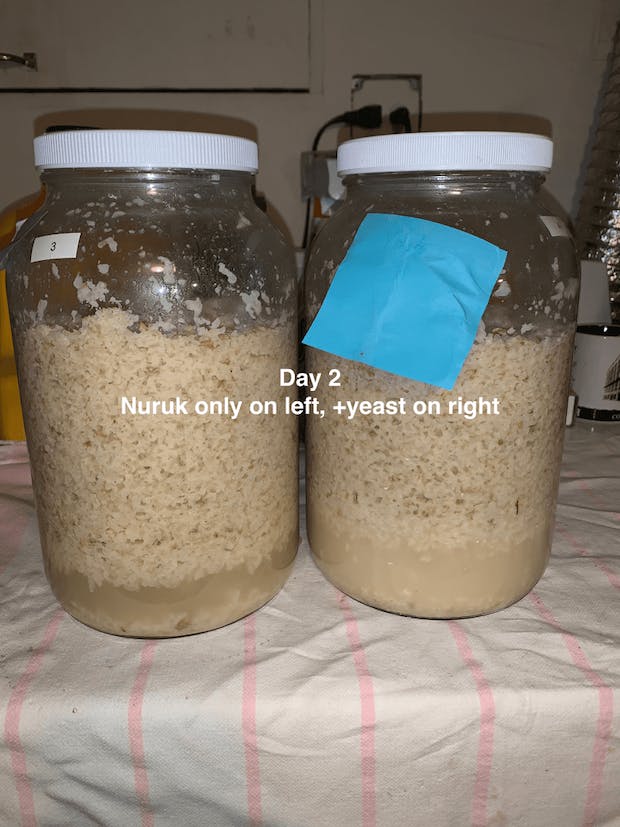 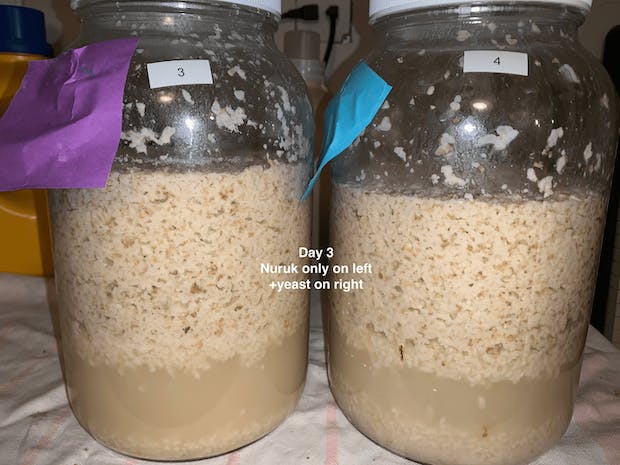 Liked by Peter Ryan and 3 others

Potter Palmer
Posted last month
Another round. Jar 3 (far right) is a Day 7 brown chapssal Iyangju where I soaked and ground 250ml of rice, steamed it, then pitched with nuruk and yeast; Day 3 added 750ml godubap. It is slow but steady. Jar 4 (middle) is a Day 4 Iyangju with the last of my Japanese Sekka rice. Jar 5 (far left) is my first Danyangju with true white Korean chapssal. At Day 3 it has this bottom liquid layer I've never gotten before. 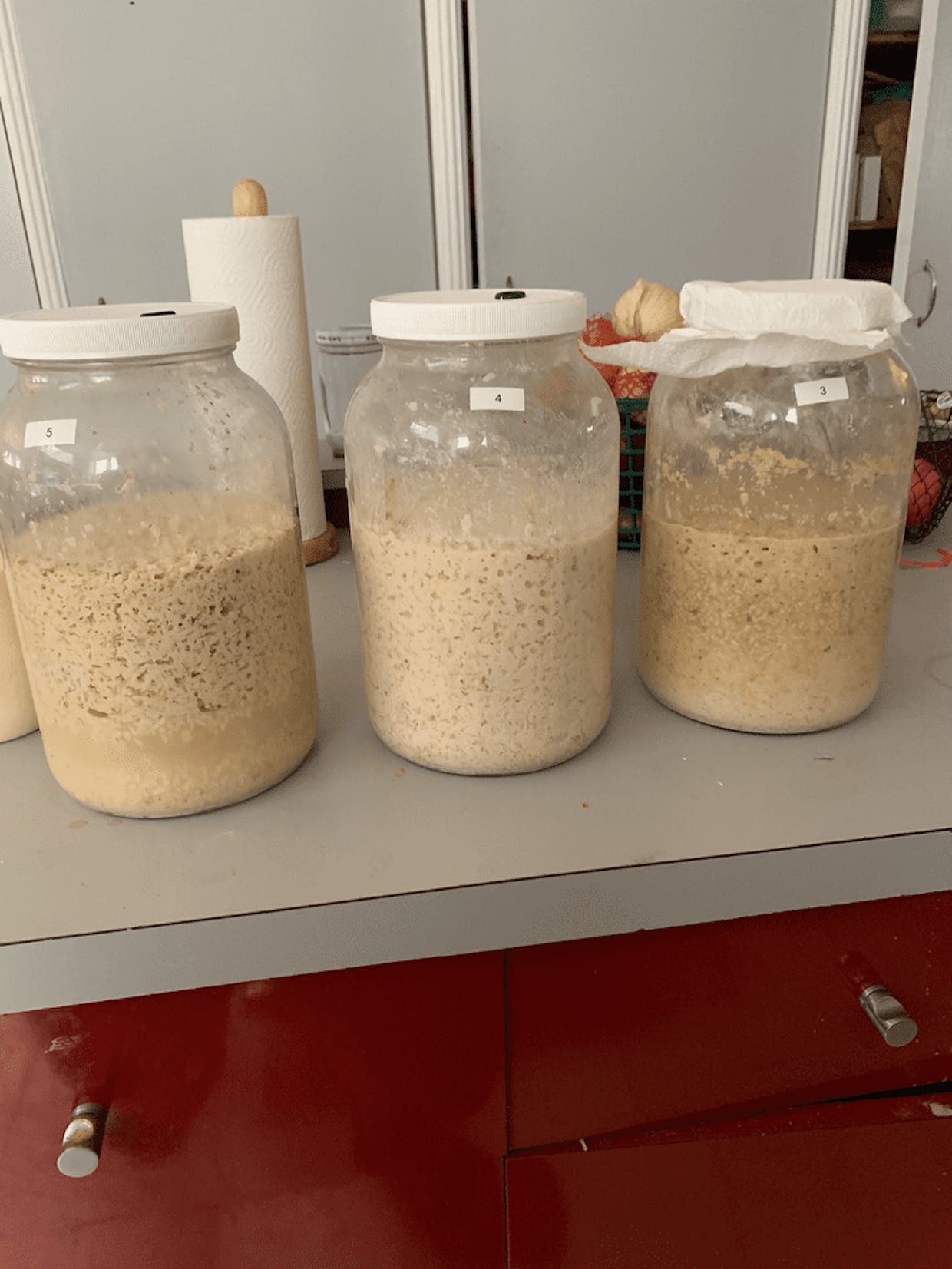 Liked by Nayan Gowda and 3 others

Potter Palmer
Posted last month
I have two brands of Nuruk available at one of the local H Mart stores. Any findings or opinions about differences between the two? I'm currently using the Wang brand. 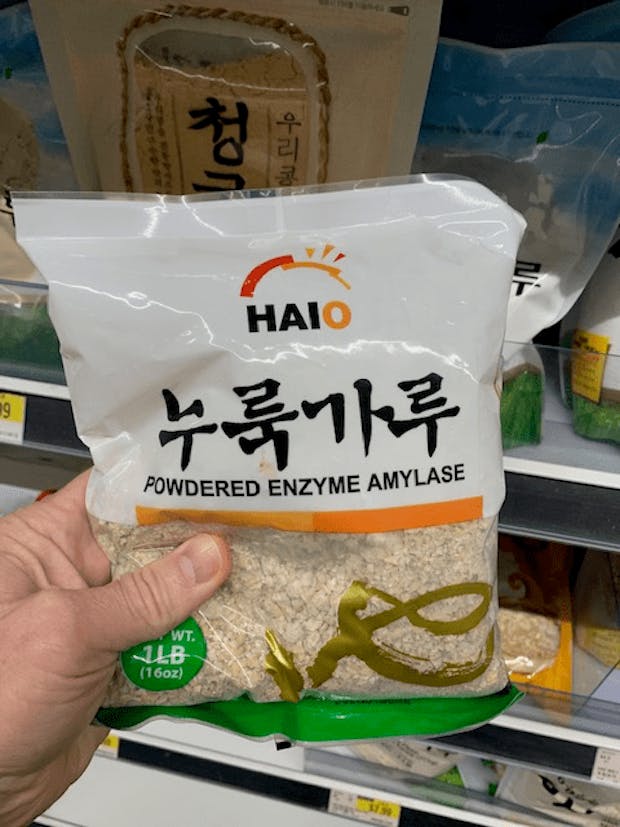 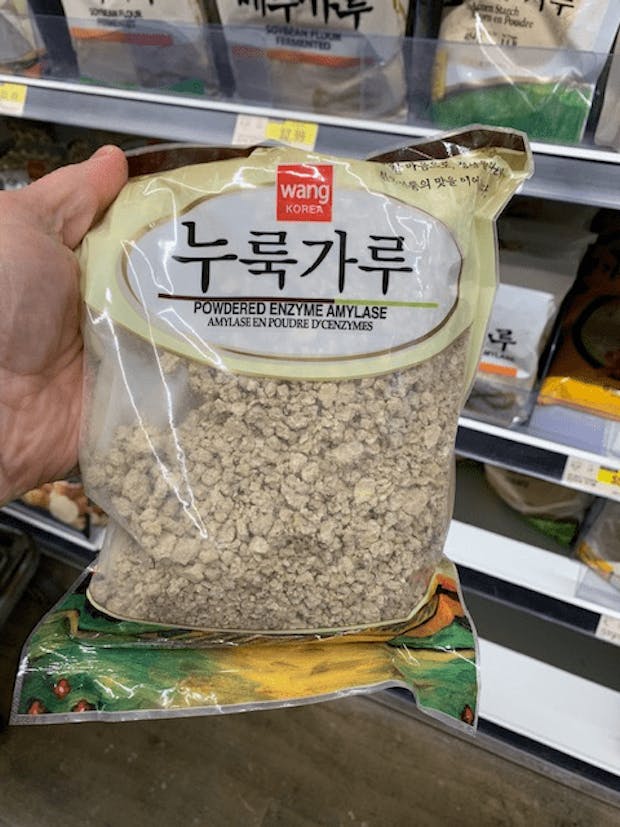 Liked by Tommy and 3 others

Potter Palmer
Posted 2 months ago
I have two batches brewing currently. Both are danyangjus closely following the Primer recipe...except I'm using a Japanese brand of rice called Sekka which I believe is a mepssal rather than the called-for chapssal. #2 is in Day 5, nicely liquefying, smelling great, and bubbling gently. #3 is at Day 2: started very stiff but is loosening up. #3 rice soaked less (2 1/2 hours vs. overnight for #2) which meant starting with about 20 grams less water than #2; and nuruk is much more finely ground (actually pulverized in a mortar and pestal I had lying around).
3 comments

Liked by Peter Ryan and 6 others

Potter Palmer
Posted 2 months ago
Hi Everyone. I'm Potter Palmer from Brooklyn, NY. I'm a newbie. I just started my second makgeolli batch today -- a danyangju, Primer-style. Thrilled to find and become a member of this group. My next-door neighbor produced a makgeolli a couple of weeks ago based on his aunt's recipe that blew my mind. I've already been to two of the many H Marts in Queens for supplies. I'm looking forward to all aspects of MBH.
3 comments

Liked by Mary Willoughby and 11 others