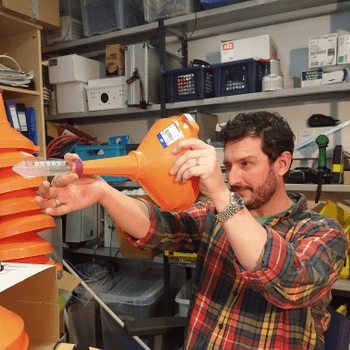 I'm an American expat, originally from Georgia by way of Virginia, now living in Finland. I first discovered makgeolli in 2017 when visiting friends in Daegu. I became fascinated with the brewing process, which is so different from the western style of beer brewing that I was most familiar with. Since that first visit to Korea, I have tried to learn as much as I can about makgeolli brewing and the production of nuruks. Currently I am experimenting with local products to make both nuruks and brews. I hope to one day bring some form of commercial makgeolli brewing to Finland. Currently I am a doctoral researcher in urban ecosystem ecology at the University of Helsinki.

Do you have questions for John A Allen?

Log in to ask John A Allen questions publicly or anonymously.

At the moment I'm trying to make a barley nuruk. This is an account of my first attempt using a coarse, flaked barley sold as a porridge. I based my starting moisture content on Bal et al. 2017, going with 20% moisture to try to maximize the fungal diversity. Well, that was the plan anyway.

I used 400g of rolled barley, added 80ml of cold tap water and mixed it in by hand. Well, 80ml wasn’t enough to make cakes. It would not hold together at all. I eventually added a total of ~275ml of cold tap water, but I might could have used slightly less. Maybe I don't understand how % moisture is calculated in this case?

After mixing in the water I let it sit for ~10mins. I then formed the mix into cakes by measuring out 1cup, placing it into cheese cloth, then placed the wrapped ball into a small pineapple can (8.5 cm ⌀ and pressed by pushing it down with a 750ml beer bottle that fit nicely in the can. I made a total of 4 cakes, ~8.5cm ⌀ and ~3cm thick.

My fermentation box is a 15L plastic tote that I have vented by drilling lots of holes in it. I placed a layer of the timothy grass hay on the bottom of the tote, then placed a bamboo sushi mat on top of the hay.

After pressing the cakes I placed them onto the bamboo sushi mat on in the tote. After all cakes were in the tote, I placed a second sushi mat over them and spread more hay. In retrospect the mats may not be necessary.

I put a humidity and temp meter in the tote, closed it and put it in a cabinet above the refrigerator, since that is one of the warmer places in our apartment.

I tracked the interior temp and humidity twice daily (chart attached). The climate is pretty dry here, with average inside humidity only at about 25--30%, so keeping the humidity up in the tote was a problem. To try and solve this, I misted the interior of the tote liberally with tap water about every other day, managing to keep the humidity at an average of 70%, but it ranged from 60--86% over the course of the fermentation.

Temperature was another issue. This is Finland after all, and so even the summers aren't very warm. The average temp in the tote was 26.1˚C, ranging from 24.5--28.8˚C. From what I've read, that's a bit low, but it's what I had to work with.

I flipped the cakes over after about 20 days, and stopped adding moisture to the tote after 32 days. After 34 days I removed the cakes and brushed off the fungal growth (light to dark olive in color). The mold growth was largely confined to the center areas of each cake, ~4--5cm ⌀ and almost only on side of the cake that was facing down during the first 20 days. Pictures attached.

After cleaning them, I wrapped the cakes individually in paper towels and placed them in a mesh bag which I hung on our balcony to cure for 1 month. I'll post a brewing trail sometime after that.

This wasn't my first attempt at making nuruk, but it was the most controlled and documented to-date. Right off I know that I have a few problems. One is humidity and moisture loss from the cakes. I‘m afraid that they dried out too quickly and so I didn't get good growth. For my next attempt I am planning to make the cakes larger and thicker to try and improve moisture retention. Any other suggestions?

The second problem I have is with temperature. Summer is coming here, and so maybe I will be able to get closer to 30--35˚C in the cabinet. But I sort of hope not, because that would mean that our apartment would be pretty miserable. Another thing I was thinking to try, which could solve both the temp and humidity issues, is getting a small aquarium heater and placing that in a shallow water reservoir in the tote. I may try that for a future batch, if I can find a cheap aquarium heater at a flea market.

If anyone has any thoughts or suggestions for how I can improve my process or things I could try, or recipes for other nuruks, I would love to hear about them! 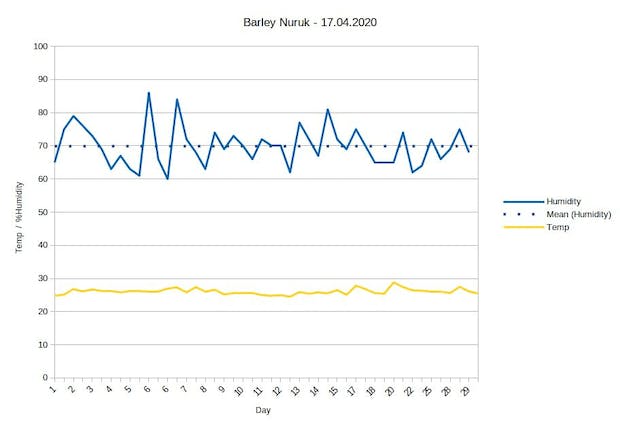 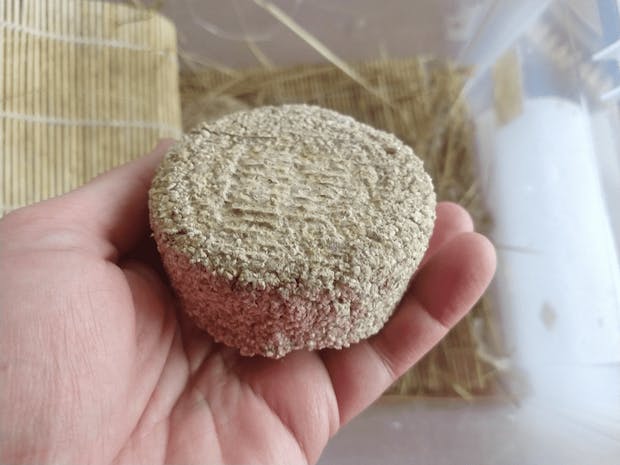 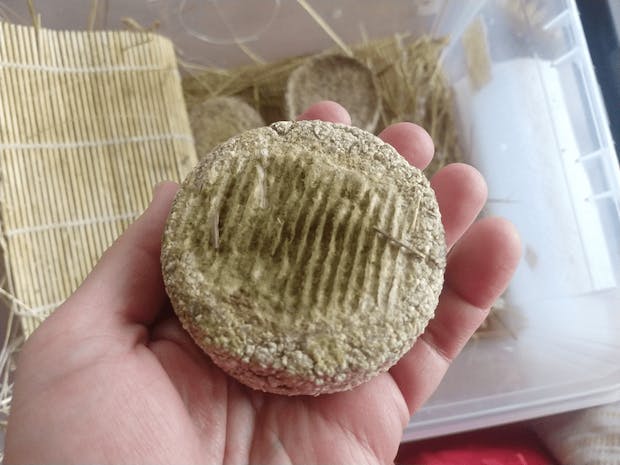 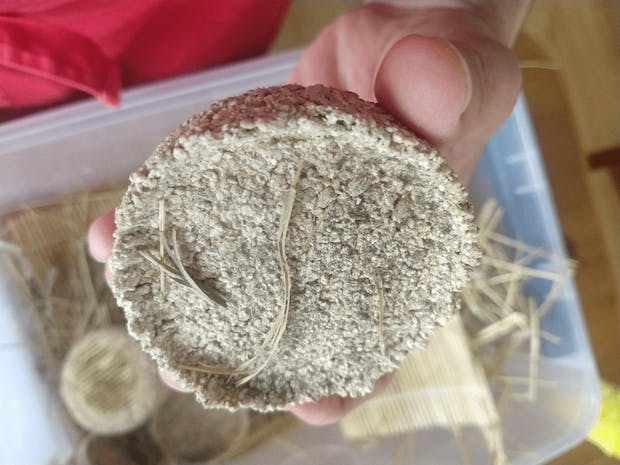 Liked by Nayan Gowda and 8 others

John A Allen
( ͡ʘ ͜ʖ ͡ʘ)
Posted 2 months ago
Hello all! I'm an American living in Finland, where I've been brewing makgeolli for several years and am now experimenting with making nuruks. I look forward to learning all I can here and sharing my successes and failures!
Cheers!
1 comment